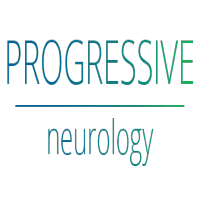 Sleep Apnea can be not only inconvenient but also dangerous. Residents suffering from this condition can get help from Progressive Neurology & Sleep Medicine Associates.

What is Sleep Apnea?

Sleep apnea is a sleep disorder that causes a person to stop breathing briefly while they sleep. Breathing typically ceases for around 10 seconds, sometimes longer, and this will happen multiple times throughout the night. It is common for people with sleep apnea to startle awake during these periods, but this lasts for just seconds and most people don't even remember the sleep disturbances in the morning when they awaken.

Why Does Sleep Apnea Happen?

What Are the Symptoms of Sleep Apnea?

For many people, the most obvious symptom of sleep apnea is drowsiness during the daytime. Consistently restless sleep, loud snores interspersed with a period of quiet during the night, headaches during the day, inability to concentrate fully, anxiety, depression, and forgetfulness can all be signs that a person has sleep apnea.

How is Sleep Apnea Treated?

The treatment for sleep apnea depends in large part on the specific patient. Medical history and severity of the symptoms will help a sleep medicine specialist determine which treatment path the patient should take. Lifestyle changes can be helpful, including cessation of smoking and losing weight if the patient is overweight or obese. Many people with sleep apnea find great relief with the use of a CPAP machine. The machine will make sure that the airway is kept open, which will stop many of the most problematic symptoms of sleep apnea. This machine can be ordered with the help of a sleep medicine doctor.